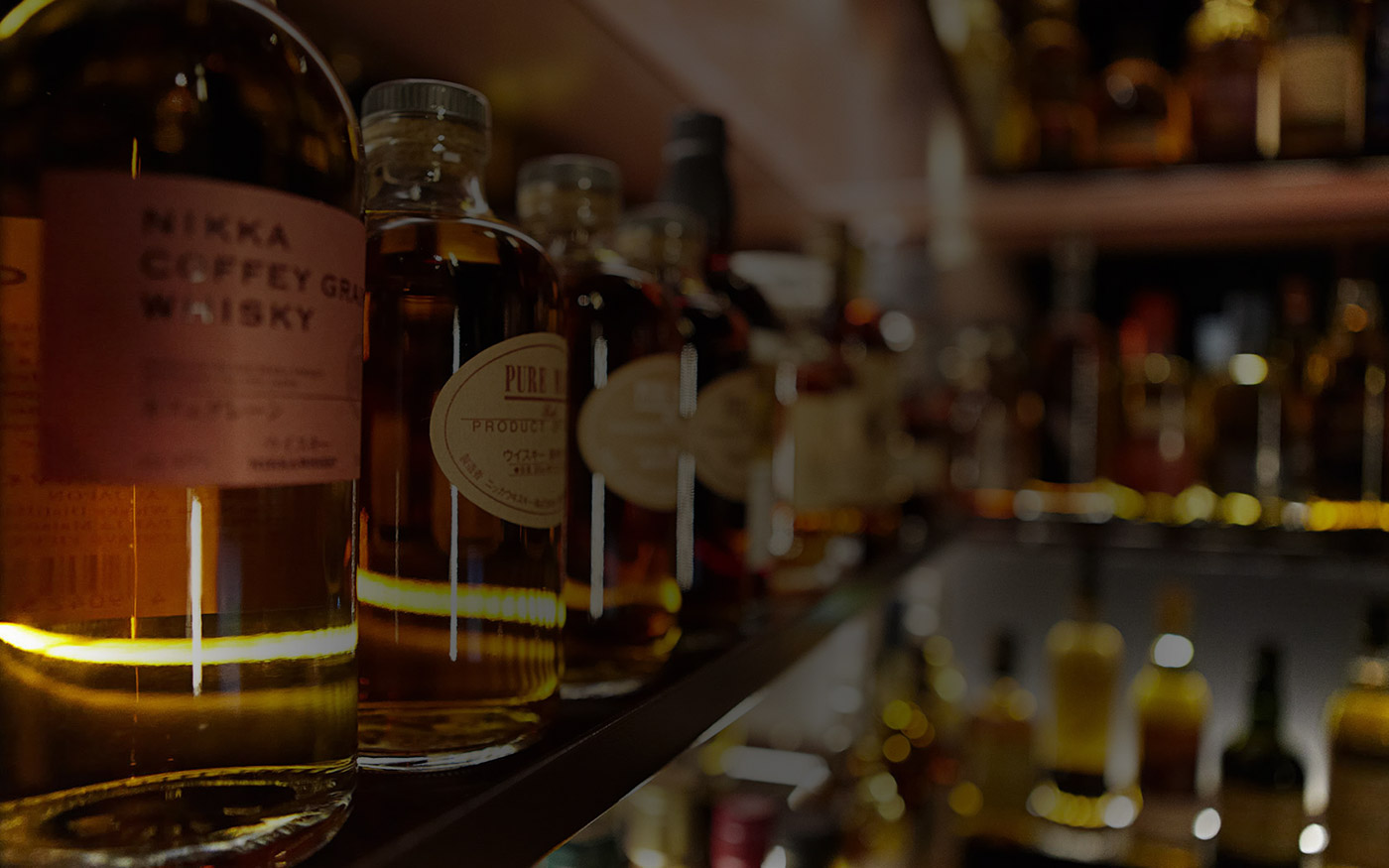 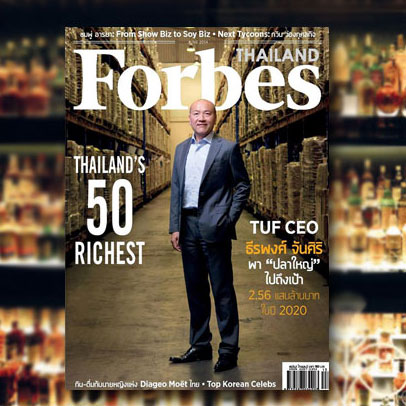 “Love makes the world go round? Not at all. Whisky makes it go round twice as fast.

The two basic types of Scotch are malt whisky from 100% malted barley and grain whisky which can be made from any grain (usually maize or wheat) but has to include a fraction of malted barley too. Malt whisky has to be distilled in pot stills, grain whisky is usually made in column stills. There are numerous categories that have to be declared on the label:

By law, to be allowed to be called Scotch Whisky it has to be matured in Scotland in oak casks for at least 3 years. Some very cheap whisky is just 3 years old, but most Scotch is 5 years or older. Bottled whisky may be a mixture of casks of any age over 3 years. It does not have to have an age statement, but if there is one, the age on the label must be the age of the youngest whisky in the mix in completed years. A whisky aged 3 years and 364 days is legally still 3 years old.

Some distilleries sell products younger than 3 years old. These have to be called spirit.
Single malt whisky is commonly bottled at ages from 10 to 21 years, but there are also younger and much older ages. The current record holders are bottled at an age of 70 years (from Mortlach and Glenlivet distilleries )

Crowns 3~ “The age of our single malt casks available can vary from 10 years to 44 years, and in some cases even higher.”

The water was not fit to drink. To make it palatable, we had to add whisky. By diligent effort, I learnt to like it. 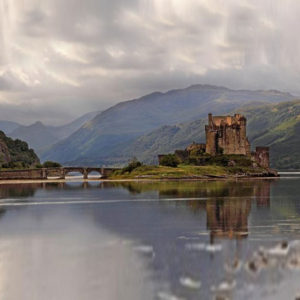 Traditionally, Scottish distilleries have been grouped into regions.
The official whisky regions are seen above, and mentioned below.

Some prefer to regard Campbeltown as part of the Highlands but treat the Scottish islands apart from Islay as an own region.

The different whisky regions are reputed to produce their own distinctive styles of whisky. But even though there can be certain similarities, like an emphasis on peaty whisky on Islay, it is impossible to find a common denominator for each region. The region should be regarded only as a geographical hint about the location of a distillery. Actually it can safely be ignored.

Barley is malted by soaking it in water and letting it begin to sprout. The germination is then stopped by hot air to which peat smoke may be added. Malting was traditionally done in the distilleries, but the vast majority of distilleries now uses malt from big industrial malting companies. The tradional kiln pagodas still are the visual trademark of Scottish distilleries.

The malt is then coarsely ground and mashed with hot water. This extracts the sugars from the malt. This wort is drained and fermented with yeast for at least two days, accompanied by heavy bubble action and the production of carbon dioxide. The result is the wash which has an alcohol content of about 7%.
Distillation is done in copper pot stills. Because this ancient method is not very efficient, this has to be done at least twice. Most distilleries use double distillation, but some distill three times. The final spirit usually has a strength of about 70%

Scotch whisky must be matured in oak casks which are usually recyled. Most casks have previously held American bourbon, but also sherry casks from Spain are common. Only a very small fraction of Scotch is matured in all new casks. To a lesser extent other cask types like port, madeira, rum or wine are used as well.

The process of re-filling whisky into a fresh cask for the final months of the maturation is called finishing. Most whisky casks are re-used several times by distilleries.

Maturation takes place in warehouses. The traditional dunnage warehouses have stone walls and an earth floor which is believed to create perfect conditions for maturation. But there are also modern racked warehouses with concrete floor and steel walls where casks can be handled by forklifts. During maturation, the clear new spirit extracts flavouring and colouring substances from the cask that are both from the wood and the remains of the previous cask filling. The longer it stays in the cask, the darker the whisky gets. But every cask is different. There are 5 year old whiskies that are dark brown, and there are 30 year old whiskies that are only slightly yellow. Because the casks are not totally airtight some of the spirit evaporates during maturation. This is called the angels’ share, depending on the climate and the location of the cask in the warehouse this loss is typically betwteen 1% and 2% per year.

Most whisky you find in shops is a mixture of several casks. This is obvious for blends, but also single malt whisky is usually not bottled from single casks. The process of mixing the a batch of casks selected for bottling is called vatting because prior to bottling the caks are filled into huge vats where they are “married” for a while.

All blended whisky brands like Johnnie Walker or Chivas Regal have their own recipes for their whiskies. It is the job of of the master blender to select the right casks in order to make sure each vatting tastes the same. The process is basically the same for single malt bottlings with the difference that only casks from a single distillery are selected.

For bottling most whisky is diluted with water to a lower alcoholic strength. The legal minimum is 40%, and many brands adhere to this standard, but there are also bottlings at 43%, 46%, 48% or even 50%.

Whisky contains fatty components that are dissolved at casks strength, but when diluted below 46% they can turn it cloudy. This is why many whisky producers apply chill-filtration to remove them. The whisky is cooled down just above freezing and then run through a fine filter that holds back the fatty substances. Especially big whisky brands also add caramel colouring (E150a) to the whisky to ensure that each bottled batch has the same colour. The possible impact of caramel colouring and chill-filtration is a subject of sometimes heated debate among whisky lovers. Some whisky is bottled undiluted at natural cask strength, and there are also bottlings of single casks.

Even though single malt is usually regarded as the most sophisticated type of Scotch whisky, about 90%of Scotch is sold as blended whisky. The Scotch whisky business is dominated by big conglomerates like Diageo (Johnnie Walker, Bell’s) or Pernod Ricard (Chivas Regal, Ballantine’s). These do not only mix their blends, they also own the distilleries that produce the raw whiskies. Only a fraction of the distilleries are independent companies.

Currently there are about 100 malt distilleries in Scotland and a handful of industrial scale grain whisky distilleries. There is also a market for full whisky casks which allows independent bottlers to sell whisky of various distilleries under their own label. Some distillieries have disallowed independent bottlers to use their name for their bottlings, so you will also find whiskies with fantasy names on the shelves whose provenance can only be guessed.

Other distilleries have no orignial bottlings of their own because they almost exclusively produce for blends, so you have to rely on independent bottlers to enjoy them as single malts.

Scotch single malt whisky comes in a seemingly infinite variation of flavours. You will find heavily peated and smoky single malts like Laphroaig that may even shock you, if you haven’t tasted them before, creamy and fruity whiskies like Glenlivet but also the heavy sherry cask matured Macallan or Glenfarclas malts. Sometimes even two whiskies from a single distillery can be totally different.

The scope of flavours in blended whisky is more limited because blenders try to create a flavour profile that will appeal to as many people as possible. In younger blends the grain whisky creates a certain roughness which will mellow down at higher ages.

As mentioned above it is often tried to group Scotch whisky flavours by regions, but there is no general trend at all. You just have to try as many different whiskies as possible to find out your favourites.

How to enjoy Scotch whisky in the best possible manner has always been a matter of controversy. Some drink it neat, some add water, some add ice, and others use it with mixers.

If you just go for the refreshment, either way is fine. But there is a consensus that if you wish to fully explore the nuances of flavour, a tulip shaped nosing glass and whisky at room temperature work best. Fill the glass with 20 to 30 ml (or about an ounce), swirl it around a little and enjoy the smell. Then take a sip and hold it in your mouth for a few seconds before swallowing, so the flavours can reach every part of your palate.

Adding a few drops of still spring water helps to “open up” a whisky because the water breaks up the connection between the alcohol and the flavour molecules. You may notice that smell and taste of your dram change a little after a few minutes. This is perfectly normal and does not mean that your senses are playing tricks on you.

But whichever way you prefer to your dram: Scotch whisky is best enjoyed in company.

The origin of the term ‘Whisky’ comes from the Gaelic ‘uisge beatha’ or ‘usquebaugh’ meaning ‘water of life’.

The whisky industry itself is expanding massively. The largest producer of Scotch Whisky, Diageo ( Johnnie Walker and Bell’s ‘Blended Whisky’ ) announced it was investing £1Billion over the next 5 years to boost his production by 30 to 40% in early 2012 to meet the global growing demand. Chivas brothers ( Chivas Regal ‘Blended Whisky’ ) announced that they plan to spend £ 40Million a year to expand it’s own Scotch Whisky production by 25%. This illustrates a large degree of confidence from Whisky which is being backed by solid, blue chip investment. It also provides a strong indication of the spirit company’s forecast on the future of the industry.

“Here is a data result of ‘Highland Whisky’ experts : “A total of 8,500 bottles were last year sold at auction compared to 1,500 four years ago. The value of that auction market reached £4M in 2011 and is expected to rise to £17M by 2020. Global investor and collector bottle retail sales confirm that the retail sector is also booming with bottle sales thought to total 85,000 per year worth around £44 million. The fourth quarter of 2011 saw a significant jump both in sales and volume, with more than 3,000 bottles coming up for auction in the UK with sales totalling more than £600,000, compared to less than 2,000 a year earlier with sales reaching around £400,000.”

Finally, what would you say to claims that whisky is not an investment opportunity, or that it has peaked, or the bubble is about to burst?